Last month the value of prices increased by an average of 1.3 per cent but it seems like the prices will go back to the way they were as they started, which is a statement that has been proved by Halifax bank in its house price index. The average house price that was reported by the bank is £ 163,845, which is a value higher than the one reported in November of £161, 795. Within the course of the year, values have remained constant with a balanced rise and decrease of six on a monthly basis i.e. six decreases and six monthly rises.

Following this report, the bank predicts that there are no hopes for the house prices to go up and that their state will remain similar to how they were in the previous year only with a ‘broad stability’. Calculations done on a quarterly basis only show that the figures have risen by 0.6 per cent, which is a case that was not visible for the past seven months whereby the figures only came out negative. All this was in 2012 where the house market was seen to be gaining a solid ground towards the end of the year. Three months to December the prices were 0.3 per cent lower when compared to the value that was calculated in the last quarter of the previous year 2011, which was the least yearly decline ever since May.

According to martin Ellis, a Halifax economist says that on average the previous year experienced a level mix of rises and falls on a monthly basis. This was because both the pressures of demand and supply remained balanced hence leading to the lack of direction of the house prices in 2012. When the scenario is looked at on a yearly basis and also comparing the prices in the final quarter of 2011 and 2012. The prices in the latter were slightly lower.

The property market is said to be getting a stronger hold of itself in the final stages of 2013, which is according to dragonfly property finance’ chief executive officer Jonathan Samuels, however everybody can guess why this is so. The motivation can be caused by the more stable job environment and the lenders product competition amongst themselves and lastly the enhanced rates brought by the funding for lending scheme.

The low transaction level is to be blamed for the instability of the house prices that has been seen for some time now. The UK’s house price index previously shows that the prices reduced by 1{ae7d4a37e988fa9ad92085a62b0a24bc9a95d8c563a676ca97eb82441adb386a} when compared to that of 2012, which takes the situation aback from the 1 per cent rise that was seen in 2011. The level that should be expected is for it to go lower or stay at similar levels. According to the general report, the north- south property widens as the property price in Britain remains at £ 162,262. But according to the land registry figures, they edged up 0.9 per year as the sales similarly went down. 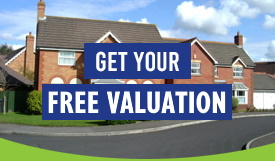